Drawn during the busiest times of the day, the intention was to of course inspire people of all ages to pick up a pen and spin a web of lines. The choices of buildings included in the mural were also inspired by Horsens diverse demographic. I also obtained the latest publically available statistics from the town hall; which included the listings of the various nationalities of all the residents of Denmark's 8th largest city and learned that "There are people living in Horsens from more than half of the countries in the world, including 100 stateless persons"! Based on this discovery I created a global skyline which included buildings from the native countries of the residents of Horsens from Iraq to Argentina and new Zealand to New Calendonia! 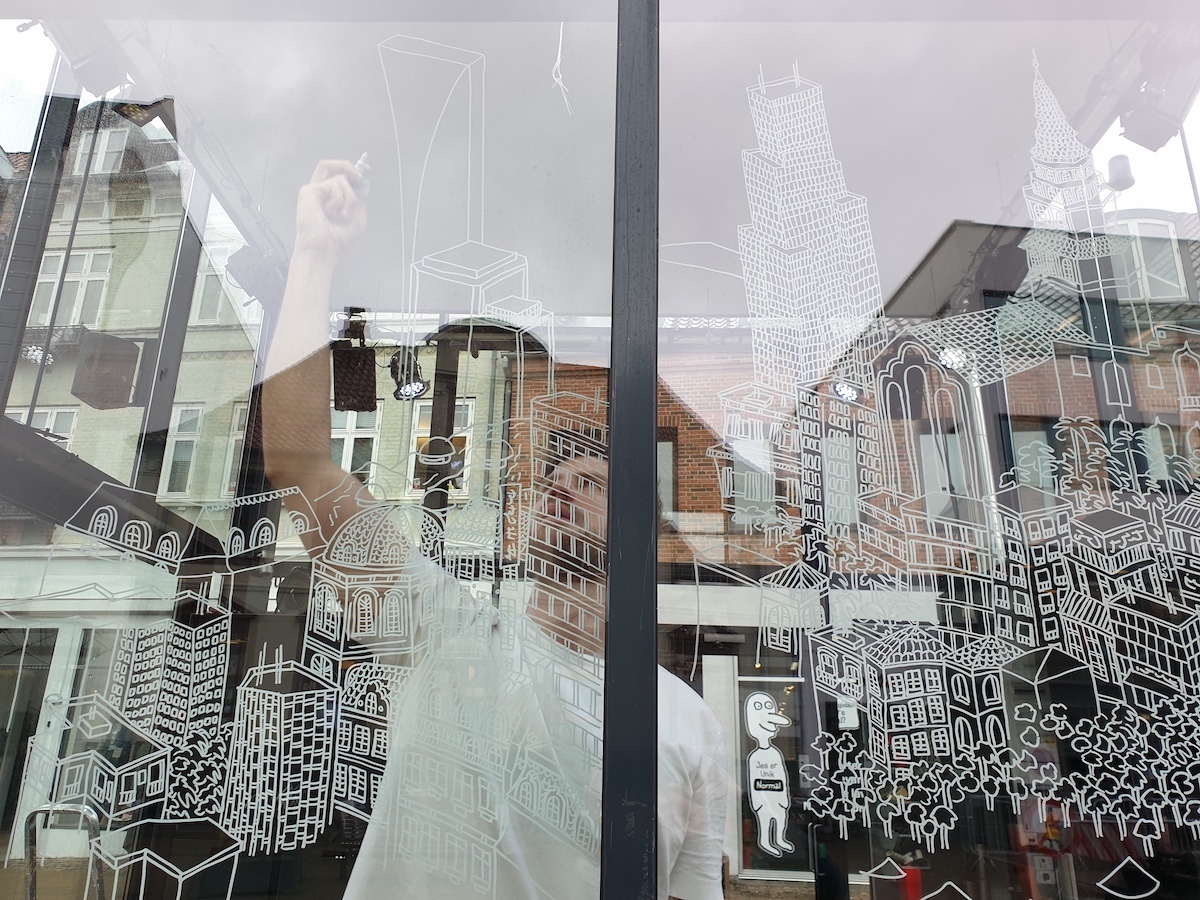 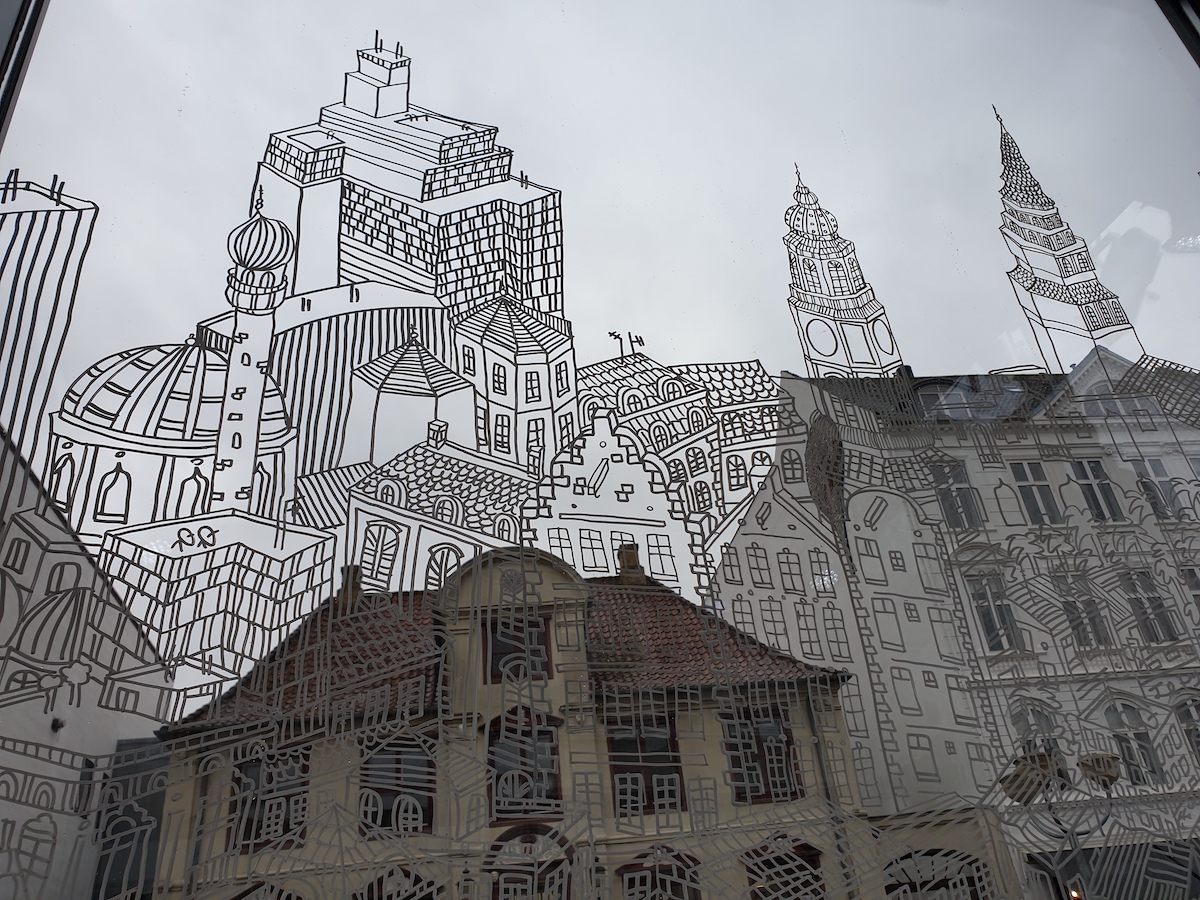 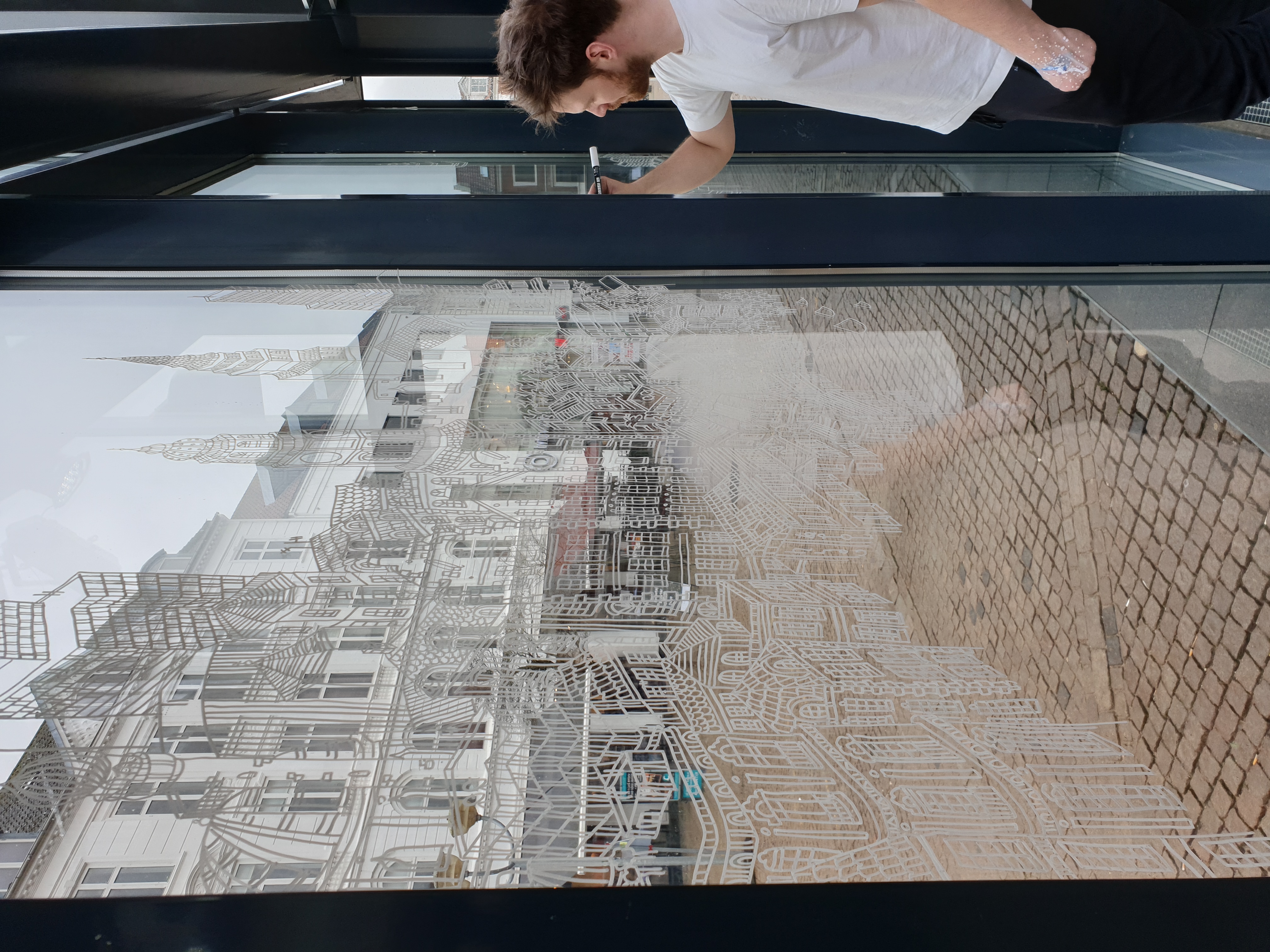 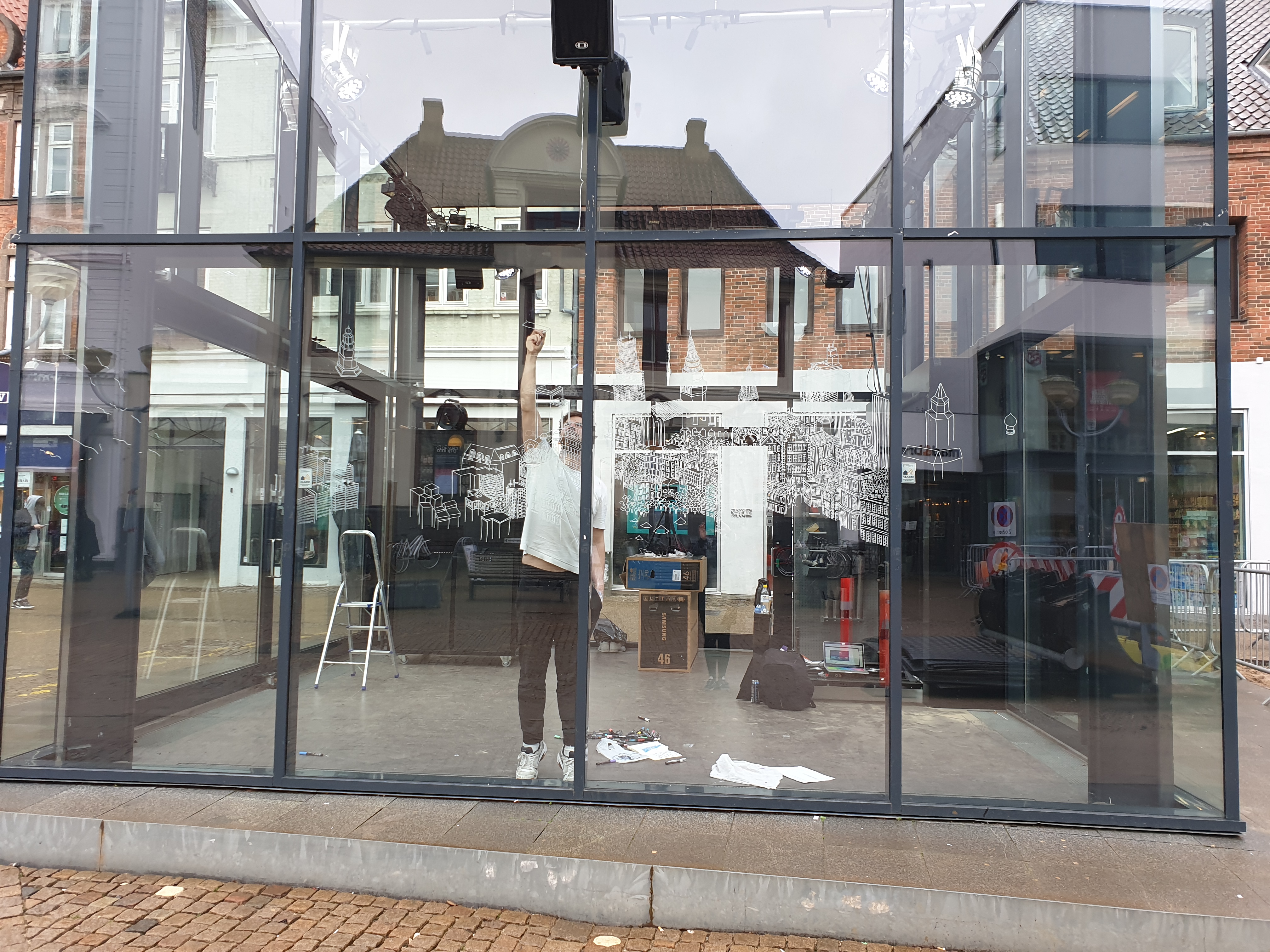 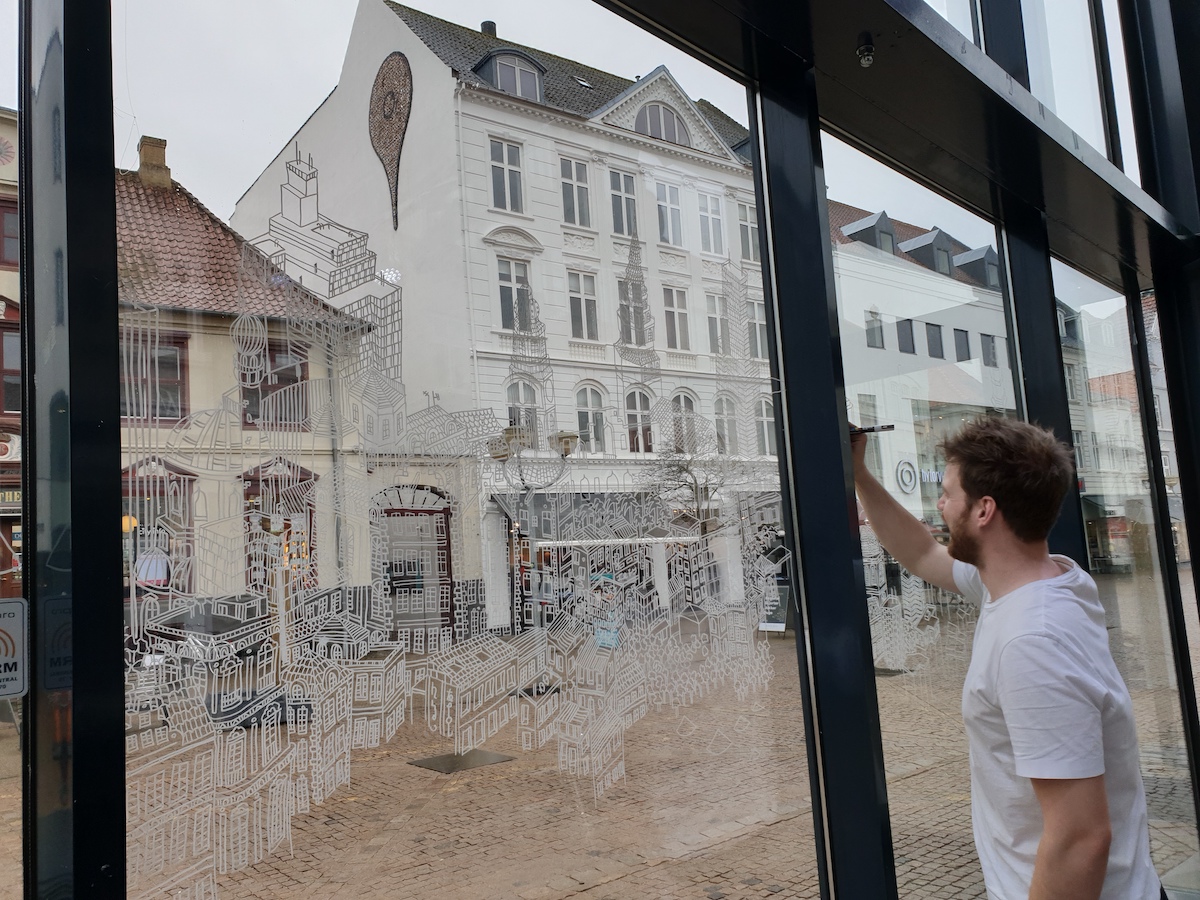 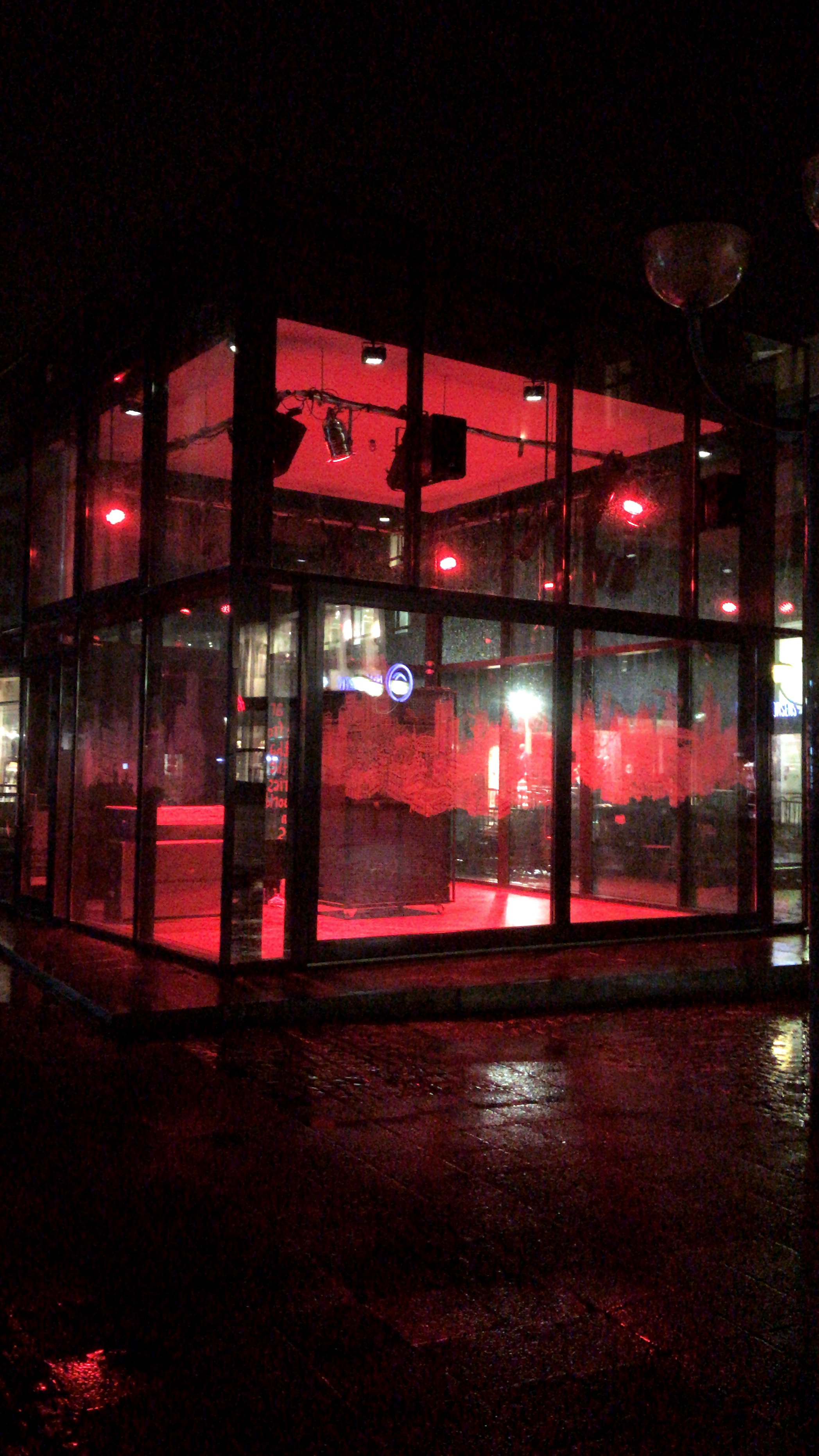 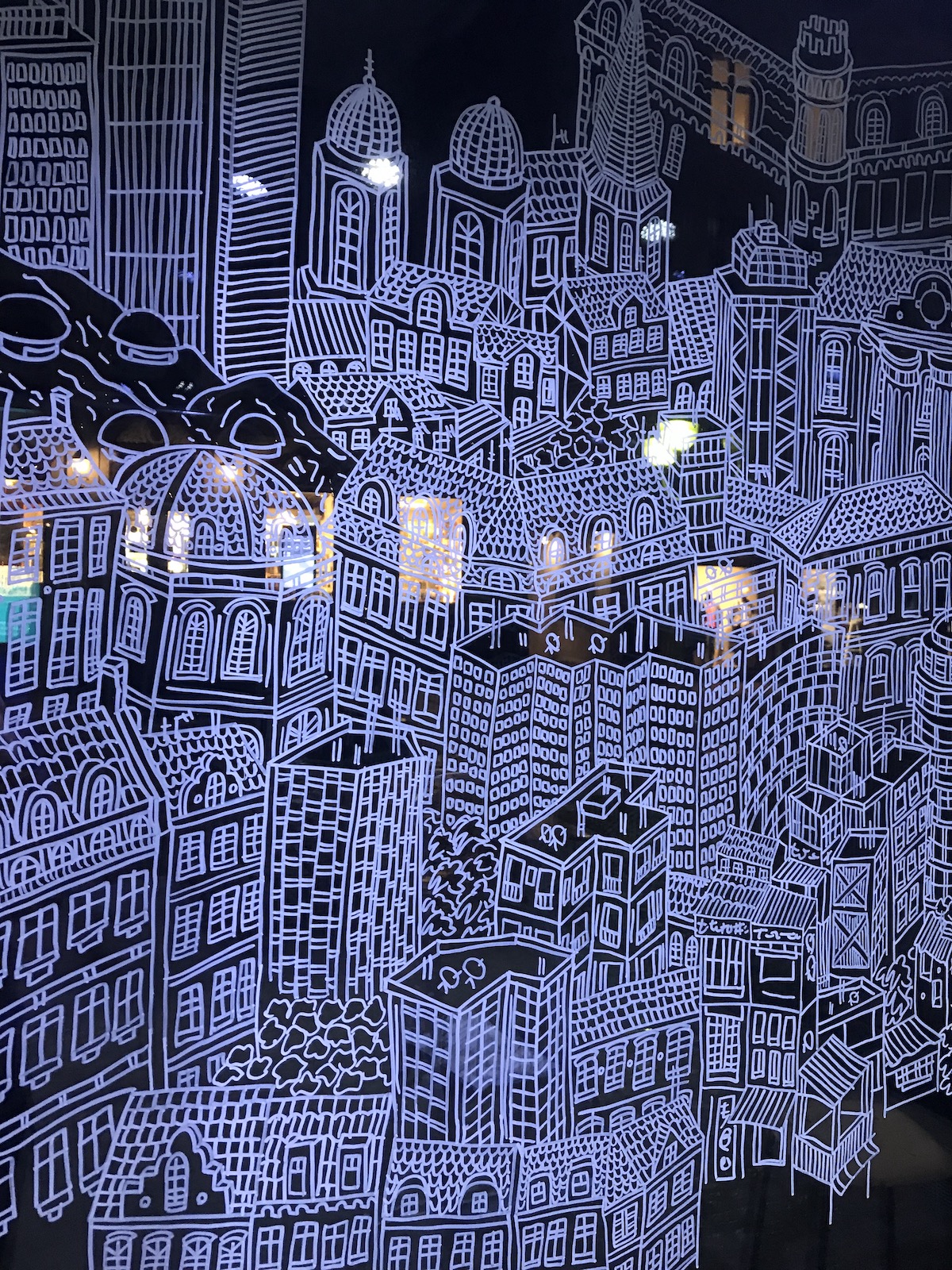 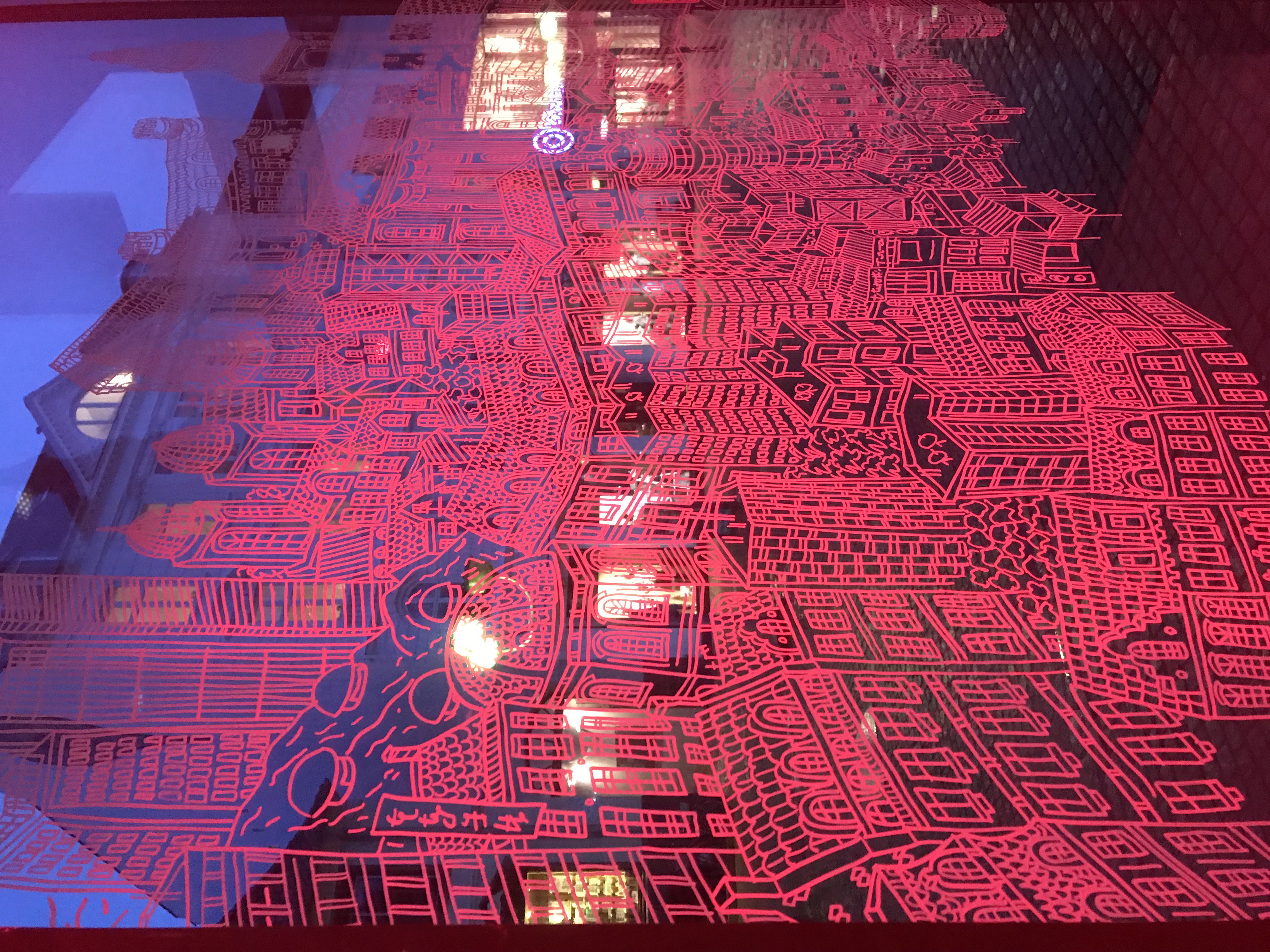